A downloadable game for Windows, macOS, and Linux

Andra. A small archipelago where humans and monsters battle for survival and dominance.

It is here that Guardians pledge their lives to protect their people.

It is here that Erinn's journey begins, taking on Sanctuaries and monstrous hordes, trying to uncover the truth behind Zed's disappearance.

What Erinn doesn't know, however, is that this journey will explain not only the mistery about Zed's whereabouts, but also the mistery behind the origin of Andra itself.

Made as a project for university PUC-SP, by the Modern Wizards group:

This is an experimental project. If you enjoy it, please consider donating so we can make a full game out of this concept! Thanks!

I really enjoyed playing this game!

Has a huge Zelda feel to it.
Combat and gameplay felt really smooth too!
Some things I would suggest though (as said in the video down below) is to remove Requim for a Dream in the intro video and add support for keyboard (the game tells you what buttons to use for the controller, whilst none is plugged in).

I also made a video on it, feel free to have a look here:

Interesting game...I got a lot of LoZ:BotW vibes. And the boss was too hard for me D:

You can dodge by holding "Target" and pressing "Jump". But yeah the boss can be a little tricky sometimes :D . Thanks for playing!

Ohhhh thats right. I was more hoping for a dodge button because the targeting wasn't helping when the mushroom men attacked at the same time 0.o

Not sure of a clean solution to that but thanks for the response :)

Hi! Thank you so much!

Thank you so much for the video! We're glad you liked the game!

I'm sorry, but why did my anti-virus pick this up as a virus?

Im not the dev but what anti virus do you have?

sorry it took so long to reply but, with my experence with norton it showed that google chrome, and system 32 was unsafe... they false flag some things..

Hi! We're not entirely sure, but we think that because the game is an .exe that has an "Unknown Editor", your anti-virus might have found it suspicious. It's normal, we anticipated this before deployment. Rest assured the files are clean!

Looks like an awesome game! How long will it take me to finish it?

Congratulations on the work, I really enjoyed the game.

Hi, thank you so much! We're glad you like it!

I would give this concept game a 8/10. It is a good concept and the story progrssion seems draws the player in.

Take out the 1 and the 9 keys from the game, or inform users of what they do. 1 is to fall to the ground or glitch through floors, and 9 is for getting a debug tool and is used to get crystals.

This game is fairly good for being in dev. Some of the few things that were anoying as i played were:

After death the cursor is stuck in the center of the screen and canot be used in menues. To fix this issue a reset of the game has to be done.

Falling mementum is maintained through the grab ledge animation and if the fall is to a lower platform you wont grab on.

The penalty of loosing half of your crystals on each death is brutal if you want to grab upgrades, tone it down at the begining and at higher levels increase the % of crystals taken.

Scroll can be used as a view hack as you can zoom past the character model indefinitel.

Some of the object text is not translated.

If the player jumps twards an invisible barrier at a 90 degree angle y velocity is frozen and the player can still move along the x and z axis as long as player movement stays dirrect at any angle twards the boundry.

In some cases froward momentum was maintained after landing from a sprinting jump.

Polaris shots are hard to aim along the y axis as the shots seem to come from the player no mater where the camera zoom level is.  Also in polaris mode the camera angle canot be tilted to a low or high enough angle at some points.

I know this is just a concept, but i also was looking for "bugs". Overall the concept is good and I could see a more indepth puzzle/ adventure/ combat game.

Really good feedback. Thanks a lot!

Next update will be available soon with those issues fixed.

Your suggestions will be taken in consideration for sure!

Hello! Thank you for your comment and for the video! It means a whole lot to us! 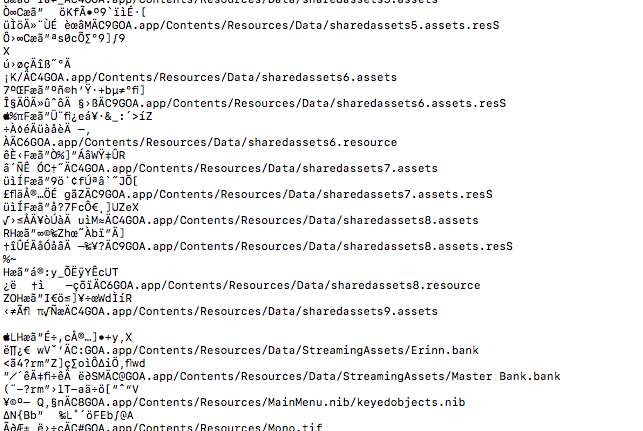 when i opened it, it went to this

Which operating system are you using and what is your computer specs?

Hi! It's something we've been wanting to implement for a while. For now, you can use Polaris to attack enemies but the damage is very very small. Thank you for the gameplay!

Would you mind telling me what key on my keyboard I'm supposed to push in order to exit the text box? Because I don't have a controller.

Hi friend! Press E to advance on text boxes and interact. If you have any more doubts about controls, press Enter to look at both controller and keyboard controls! 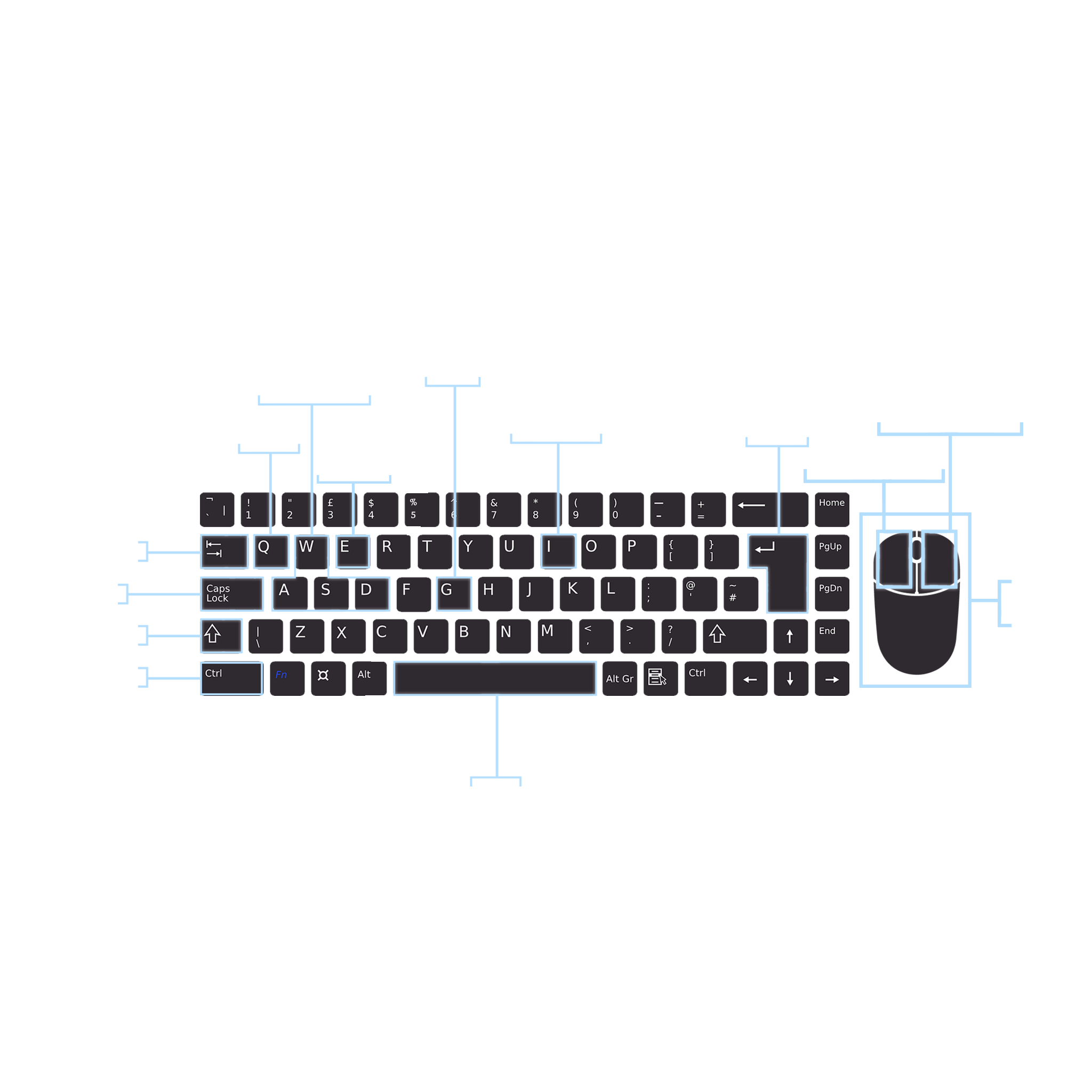 Wow, I had a short play and was really impressed with this. I hope you guys do well.

Hi! Thank you so much for the video and for the support! It's very important to us!

Sure! This issue will be addressed on the next patch. Thanks!!

I was able to complete the Demo.  sometimes I got text in a different language and things would disappear but apart from that I enjoyed it, I look forward to the full version, let me know how it all goes.  5/5.

Hi! We will look into the language thing, and it will be fixed in the next patch. Thank you for the feedback and especially for the video! It's super important to us as it helps divulge the game. Thanks friend!

Quick feedback... Win64 version, gamepad connected, and the camera keeps moving on its own.. going to a very odd angle. 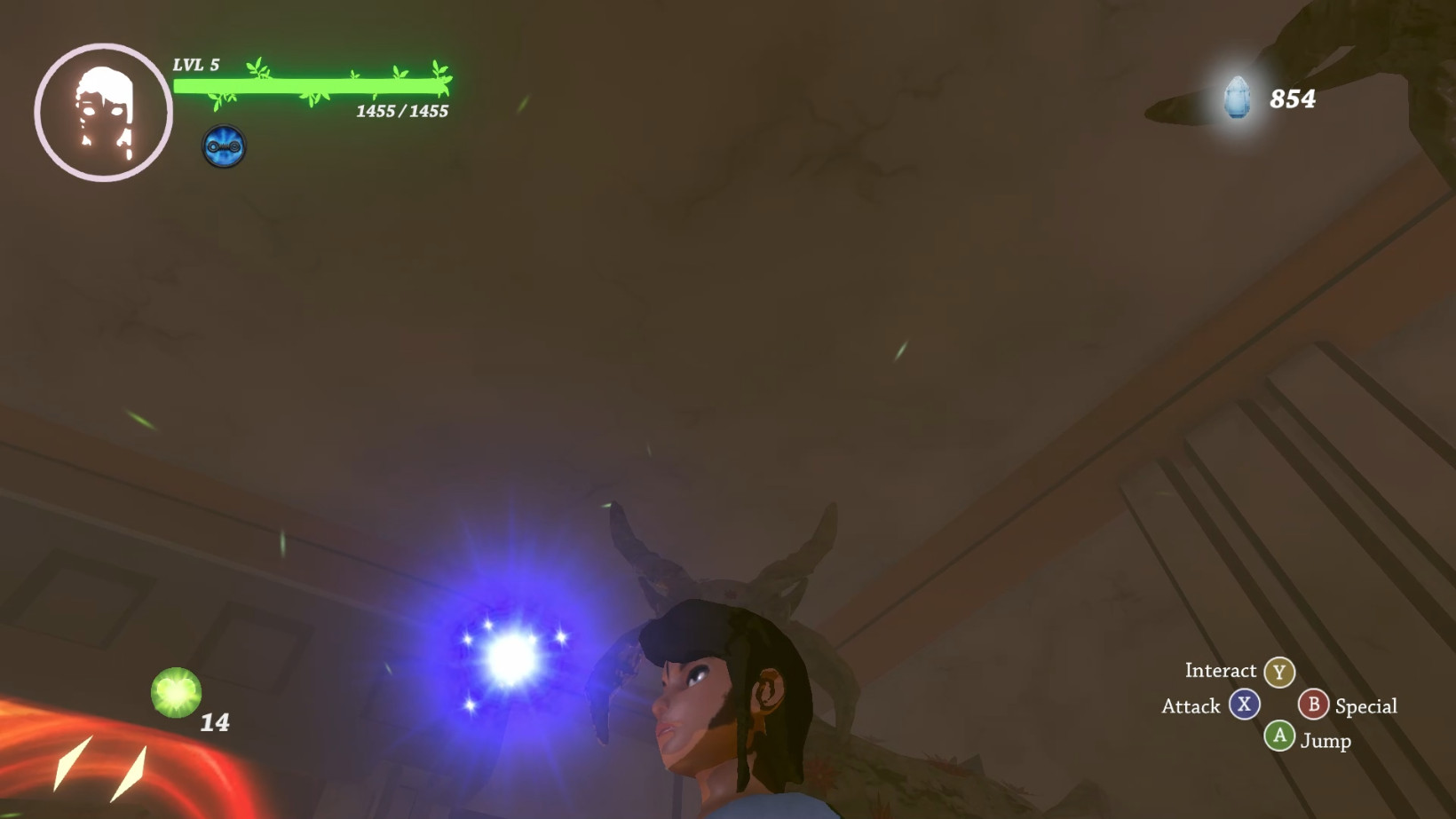 Thanks man! Which gamepad are you using? 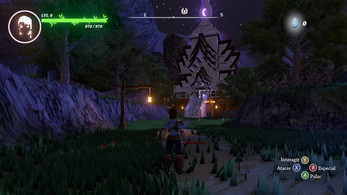 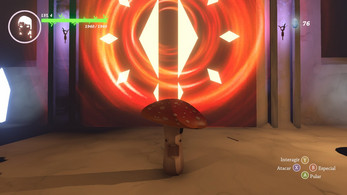 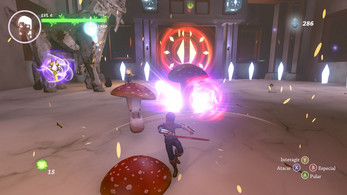 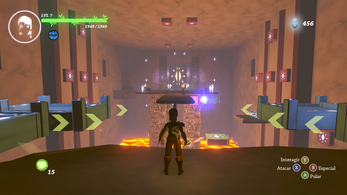 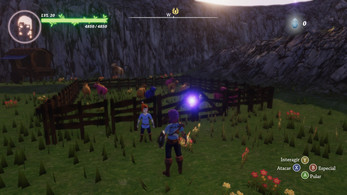